The cultural center of Germany, Berlin celebrates Aerial Arts Festival in Berlin.  Jana Korb and Daniel Megnet together with their Partners for the Festival Maulhelden Büro and Wintergarten Variete, State Acrobatics School Berlin has organized this amazing event. 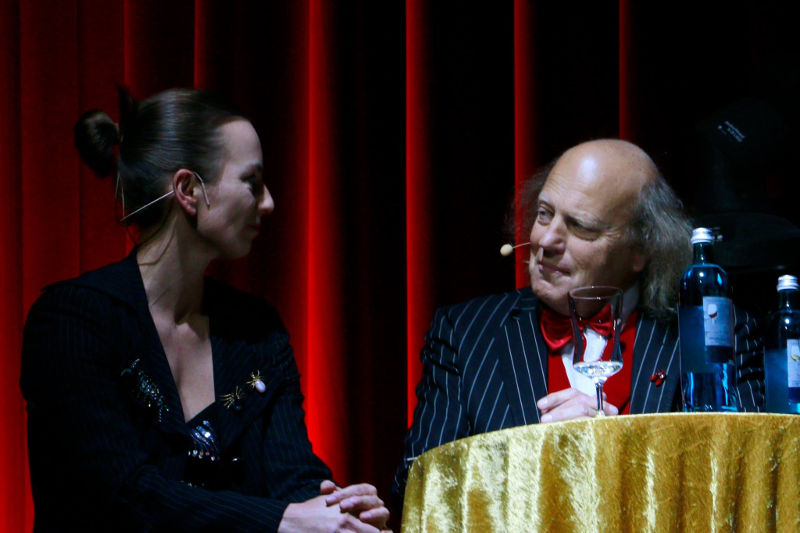 Aerial Arts Festival is a great meeting place for international aerialists connecting performers from different countries. The festival has a well-thought program that combines training and jamming with gala shows, open stage and workshops by artists for different aerial apparatus.

The festival opened with a Gala show by amazing aerial performers from different disciplines: Ilona Jäntti, Emiliano Ron, Leo Hedman, Carmen Küster, Ana Jordão and Isabelle Schuster. The next day followed with a welcome dinner and several days of training and workshops in the State Acrobatics School in Berlin. 2 Days of Talks and discussions on the topics of safety in aerial arts and history of aerial apparatus were an informative and useful contribution to the Festival program. Open stage gave a chance to many artists to show their work. The Festival ends with the Closing Gala Show in Frankfurt Oder. – Best of Aerial Arts in Frankfurt/Oder.

The Closing Gala will take place this Sunday, 30th of October. Don´t miss the chance to see amazing performers to show their artistic work. To get the tickets you can send an e-mail to ticket@muv-ffo.de or call the Ticket-Hotline: (0335) 40 10 120.

Who will be performing at the Closing Gala in Frankfurt?

Emiliano Ron, the Rope Master based in Barcelona and travelling the world to perform and teach aerial rope. His incredible strong and risky movements surprise the audience all over the globe.

Carmen Küster from Berlin works on Counterweight Trapeze which hang only on one point instead of two. Her strength in combination with acting makes it a great performance to see.

Ana Jordao is an aerial rope performer who explores the frontiers between aerial arts and physical theater to create her own artistic work.

Roxana Küwen from Lüneburg performs juggling on the trapeze in a lyrical and surreal style.

Elen Ramirez is the founder of Activonga, aerial artist, life & business coach. I help people to optimize all the areas of their life, overcome limiting beliefs, reinforce their vision and goals. I also help with marketing and websites.